– His Excellency President Julius Maada Bio has shared his ideas and commitment to education and innovation, on the margins of the United Nations General Assembly in New York, with United States’ billionaire philanthropist, Bill Gates.

At the second annual Goalkeepers’ event, where he served as a special guest, President Bio talked about his flagship free quality education project while making a solid case for investment in the human resource base of Sierra Leone. The session was moderated by his Chief Innovator, Dr David Moinina Sengeh, a fine and reputable United States trained scientist.

“The human resource is the most important resource that we have in the world, and any attempt to embark on development without first going back to the human resource will never work, knowing that development is about people and for people. Therefore you cannot develop a country if you do not develop its human capital,” the President averred.

He thanked his Chief Innovator for accepting his invitation to come back to one of the poorest countries in the world, noting that he had challenged him to do so, in the same way he’d challenged the world to support innovation in his country. 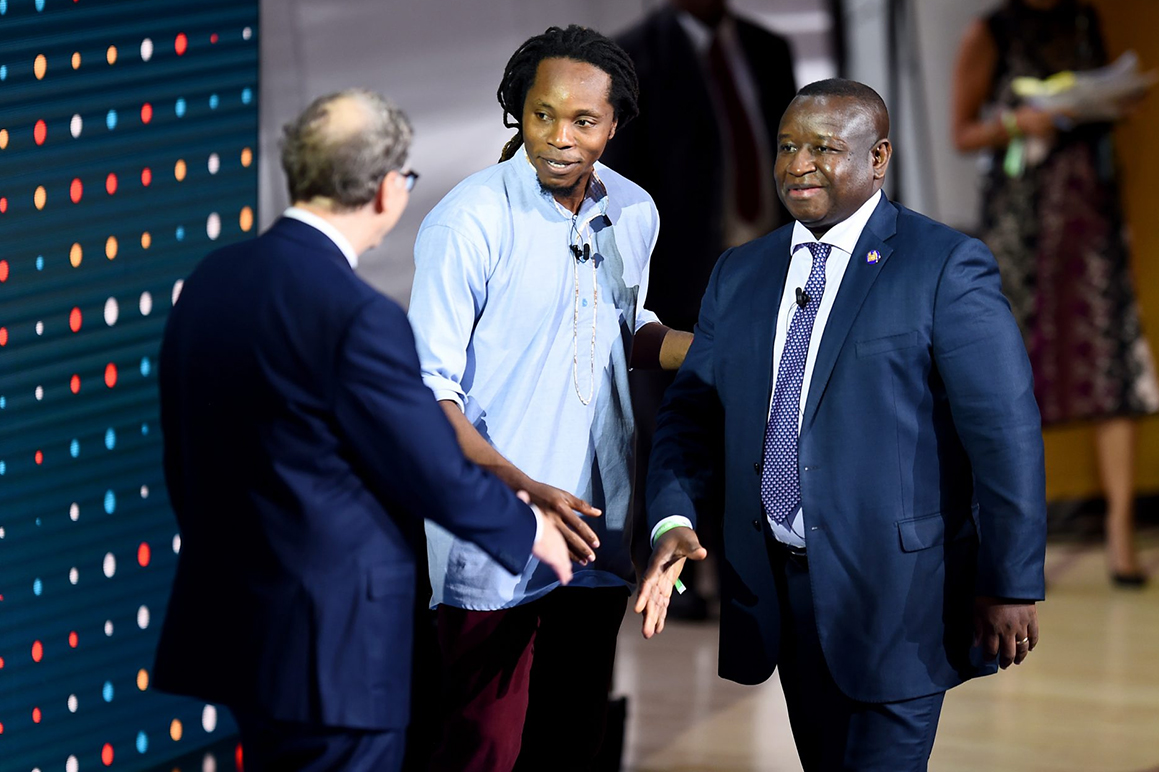 Bill Gates said it took feasibility on all these different services to help them find the people who were doing it well, to spread best practices and to make sure that people had the sense that the government was learning and constantly improving.

Meanwhile, the Chief Innovator disclosed that he had been working to create a plan, to roll out a literacy plan in his country, Sierra Leone, but noted the importance that only if they could find the additional funding needed to deliver on that commitment.

“So, this is our call to action to all of you,” he told global leaders at the event, adding that: “Thank you President Bio and I look forward to working with you to truly make Sierra Leone an example to the world for using the power of innovation to help us achieve the sustainable development goals”.

Press Secretary and Presidential Spokesman, Yusuf Keketoma Sandi, buttressed the President’s position, saying that he was particularly concerned with improving young people by giving them access to quality education and improved healthcare. He said those two things were critical and fundamental to empowerment and development.

The inaugural event of Goalkeepers invited President Barack Obama as special guest and speaker last year, making President Bio the second president to address the prestigious event as a special guest. This year’s event, which focuses on youth population growth that will affect future world progress, believes that: “If countries invest in the health and education of their young people, we will unlock productivity and innovation, cut poverty, and generate further prosperity. But if we ignore young people’s potential, we risk jeopardizing the progress that has been made”.